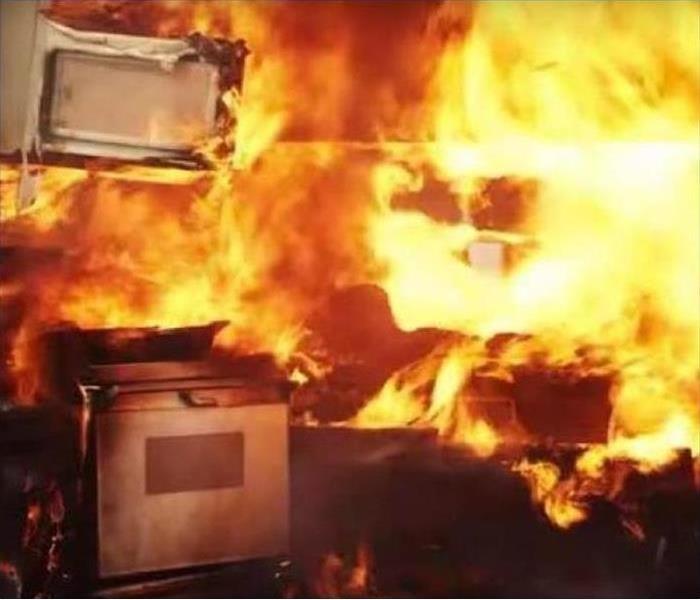 The most common type of kitchen fire is due to grease and can spread quickly, call our experts right away to begin restoration.

Deodorization Basics after Fire Damage in the Bronx

Working with residential customers in the Bronx to eliminate malodors after a fire is a process. No one solution helps in every case because the conditions during and after your fire are unique. Also, we know each person living in the spaces that suffered fire damage perceive odors differently. Responding to concerns about unpleasant smells lingering after we clean up the charring and soot residues is a fluid and dynamic procedure. Our team relies on a combination of deep cleaning and the use of innovative equipment and products to achieve success.

Odor Detection Is Not Objective

Odors resulting from fire damage in your Bronx brownstone or coop are impossible to discern using testing or sampling tools. Our technicians use a range of detection tools to measure moisture content, discover hidden water, and monitor for fungal growth. Similar supports are unavailable when attempting to locate, quantify, and qualify bad smells.

Despite the quirky nature of odors and individual perception, SERVPRO has deodorization success when we follow four basic odor-banishing procedures. The quartet of odor banishers includes:

The first attempts at odor elimination trace the same trajectory SERVPRO uses for the fundamental fire damage cleanup process inside your home. Our technicians clear away the burned debris and use research-based cleaning methodologies to dissolve and lift away fire residues. We often add air scrubbing technology during the deep cleaning phase to capture any airborne soot, another efficient way to rid the space of the fire stench.

Innovations to Recreate and Target the Odor-Bearing Particles

If the mechanical methods of cleanup and disposal are inadequate to deodorize the space thoroughly, SERVPRO technicians turn to a range of technological advances. Thermal fogging employs a heated chamber to combust deodorizing components that then “pair” with and neutralize the odor-bearing particles during application. Ozone generators emit unstable oxygen molecules, featuring a third oxygen atom that combines with the odiferous soot bits, destroying the odor through this oxidation process. Hydroxyl generators emit molecules of HO•, deodorizing by breaking down the chemical bonds of the bad-smelling particles.

Sealing as a Strategy

Some porous materials hold tight to odors. Wood framing and trim are examples of structural components that are not easily deodorized and costly and impractical to replace. SERVPRO technicians apply sealing agents to contain the odor inside the structure. Another circumstance where sealing can eliminate persistent odors inside HVAC ductwork. Tight quarters and hard to reach recesses might benefit from a sealing spray application.

Removing odors post-fire damage requires the skills and experience of trained SERVPRO of South Bronx technicians. Call us at (347) 590-9902 for a consultation about our methods and the technology we use to make the malodor “Like it never even happened.”

See more about The Bronx.